BAM! helps OEM's create the most informed and sales-ready distributors in the industry.

With over 99% of the North American market using mobile devices that are either iOS or Android, it is critical to provide field sales and service reps with: 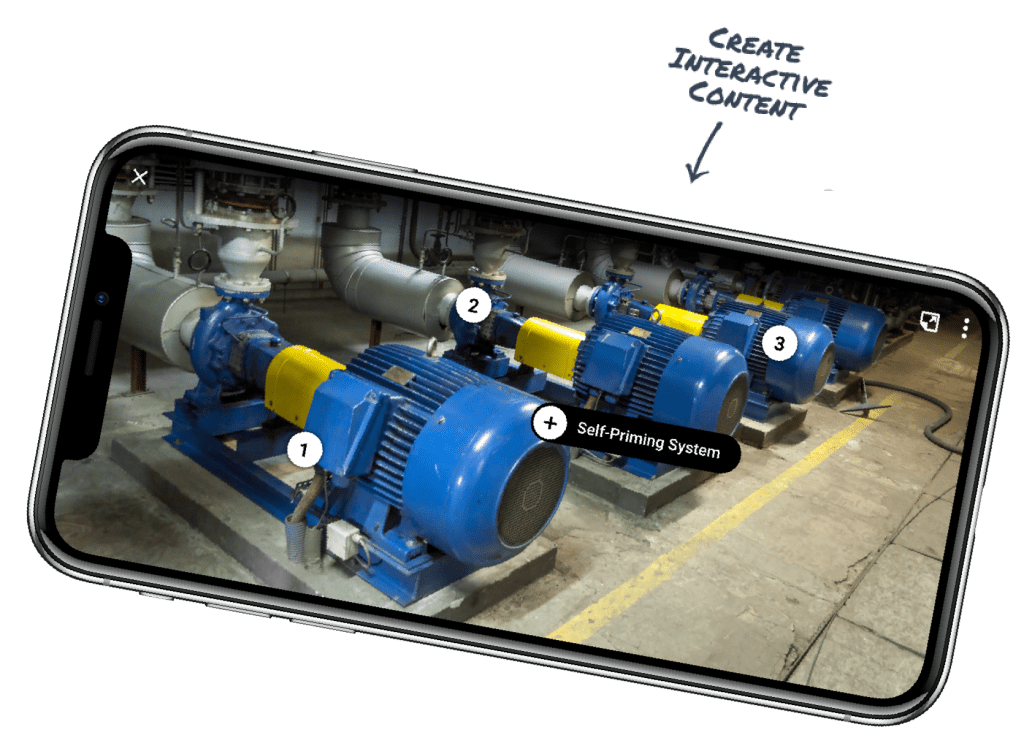 When developing a mobile sales app for field sales, one of the first decisions to make is which operating system, or "OS."
A few important factors should be considered when making the OS decision:
1. Which OS is most common among my field sales reps?
2. What are the costs to develop an iOS, Android, or hybrid app?
3. What are the costs to maintain and support an iOS, Android, or hybrid app?
Let's take a deeper look at these two questions.

Which OS is most common among your field sales operators?

The answer to this question begins by looking at market and geography. For example, globally Android is more common with more than 70% of global market share. However, in North America, iOS is more common at 53% while Android has 46% market share.
As a general rule, markets with native English speakers tend to prefer iOS, including the US and Canada, England, and Australia.
One fact in common among all geographies, however is this: iOS and Android combine for more than 99% of marketing share.
If you are rolling out an app in North America, your users might very well all have iPhones, but you never know. The fastest way to find out is to survey them.

How much does it cost to develop apps for Android, iOS, or hybrid?

The major components of an app's development cost are the functional design and complexity of the app.
A few questions to ask:

The answers to these questions will not only help to establish a baseline for app development cost, but will make it possible to both 1) measure the ROI of your new field sales app and 2) improve that ROI over time.

What are the differences between building native vs. hybrid apps?

One thing is for sure - if you have any sizable network (>25 reps), there are going to plenty of reps on both iOS and Android devices. You might even have some who have devices of each kind such as an iPhone and an Android tablet, or an iPad and a Samsung phone.
The real question is would you rather build two apps or one?
If you go the native development route, you will have to have one app in the App Store for iOS and another in the Google Play Store for Android. This of course means extra development costs (up to twice as much), and significantly higher maintenance costs as you will have to make sure to stay current on updates in both locations.
It's also important to consider that apps can be developed for both phone and tablet, and even more specifically, just for iPad, for example.
This route is non-ideal. The narrower you go with your development, without very good reason, the more you limit your options and the less accessible you make your app.

Make your app as accessible as possible

It used to be that you could designate a single OS/device and design and build just for that. We did that very thing in 2010 for the Freightliner Sales Tool. We built it just for iPad (and thus, just on iOS).
The thinking made sense for the time and the context:

For these two reasons, it made sense to focus on iPad development to the exclusion of phones and Android devices. But, it was also 2010 - meaning that Android devices were far behind in terms of market share. Additionally, hybrid app development was in its infancy. The powerful languages that enable hybrid development didn't exist.

Bottom line: the world has changed a lot in the last 12 years.

So, why React / React Native?

In evaluating technology platforms, any company should ask itself these 5 questions:

We'll use this framework to evaluate React and React Native as our preferred development technologies.

React is at heart a JavaScript technology, which gives us an immediate boost, as every developer at Pop Art is proficient at JavaScript.  JavaScript has become the lingua franca of web development, meaning it's impossible to build a modern web application without it. Any company in the web application space therefore has to have significant JavaScript capabilities.  Node, React, and React Native allow us to capitalize on those capabilities, eliminating the "resource distraction" of additional languages (Objective C, C#, Java). It also allows more flexible resource coverage, allowing resources to move between projects more easily, enabling us to be more nimble and responsive.React Native in particular is attractive because traditionally it's been very difficult to move mobile developers to web and vice versa.  Because of React Native's unique correspondence to React, it is now much easier to move between web and mobile.

2. What is the Cost of Building in React / React Native?

React and React Native compare very favorably to other platforms.  As mentioned before, the ubiquity of JavaScript allows for more flexible resource allocation, knowledge transfer, and collaboration.  Additionally, React Native allows us to easily target both iOS and Android with almost identical code bases, significantly reducing the cost of building cross-platform mobile applications.The market for React / React Native programmers is currently strong, meaning it is easier to find very high-quality resources and there are excellent training opportunities and development resources.React and React Native have an extremely robust "component architecture", meaning that commonly used components can be effectively re-used within an application and between applications, reducing the cost of "re-inventing the wheel."

3. What is the Cost of Maintaining React / React Native?

4. What is the Projected Future for React / React Native?

While Google's Angular is still a popular solution, React is on track to outpace it:

5. What are the technical advantages or limitations of the technology?

On the React side, very little. There are some challenges inherent in using well-established non-react libraries in a react application (for example, the D3 visualization library or Twitter Bootstrap), but we have been able to overcome these challenges, and there is a lot of community support for providing React wrappers for the more popular projects.React offers excellent browser compatibility and performance (like any technology, it can perform poorly if used incorrectly, but we know how to use it correctly!)React Native takes a well thought-out approach to cross-platform mobile application development.  Unlike Ionic and PhoneGap, which leverage device browsers to render applications (essentially embedding a website within an app), React Native actually generates native code, which yields higher performance and a more consistent native experience.  That said, there is always a compromise with any cross-platform mobile solution, and some sophisticated mobile applications may be better suited for native development (especially applications that make use of cutting-edge device features). It should be noted that because of React Native's architecture (generating native code instead of encapsulated web applications), native experience is sometimes necessary for sophisticated features.  We have found React Native to be the most promising of the cross-platform mobile solutions.

The following are summaries of our assessment of the most popular web and mobile development platforms:

To learn more about how hybrid apps can help your business, please reach out or schedule a demo of BAM!, the mobile sales app that works on iOS and Android.

What is a Mobile Sales Tool?

How Should We Treat our Dealers and Distributors?

How to Effectively Train Outside Sales Teams